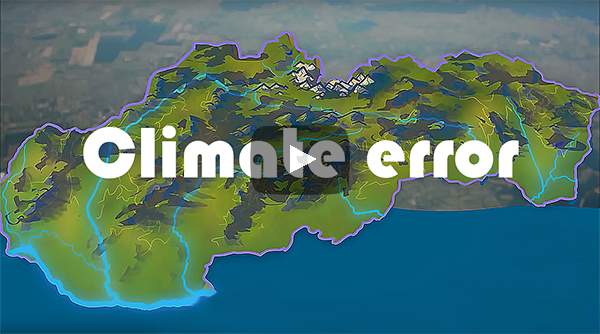 A recent NASA study has proved that greenhouse gases are not the only culprit in causing global warming. There are also other causes we should not forget – such as landscape changing human activities. However, even in spite of this fact, lands as a factor influencing global warming and impacting overall climate change development in a negative way have been overlooked for a long time. In general, NASA points out mainly deforestation and the new farming methods as the activities with negative impact. Based on our observations and measurements, we indicate concrete causes behind climate change. But we are also presenting measures to remedy these causes. Both, the causes as well as the countermeasures, can be found under our feet.

Lowering of greenhouse gases emissions will not stop global warming! Let’s look beneath our feet, at the ground we drain everyday by compressing soil and creating man-made slopes. Solar radiation heats up the drained soil quickly, resulting in global warming!

Our continents lack water. It is a major problem which, according to scientists, is caused by increased evaporation. To find the real cause, however, we need to look beneath our feet – it is the increased rainwater run-off from continents. It is caused by the following:

And this is the problem we need to address immediately.